The beast. The trial. The Courtney Love. The Very Difficult Birthday Dress.

I barely made it out alive.

I’d been hoarding this gold woven fabric ($3 a yard! I love living in a fashion center!) for months with the intention of turning 31 while throwing as much sparkle and twinkle at the world as humanly possible. I think it’s safe to say I underestimated what that would end up entailing. Which was… tears, hair pulling and A LOT of seam ripping.

Never again will I start a difficult project for a special occasion without making a damn muslin. I fell in love with this pattern a few months ago and thought it would be perfect for the fabric.  I’m not sure what happened exactly as I was exceedingly careful when I cut the thing but the fit was WAY off. Nothing lined up. When I finally managed to topstitch the gathered bits it came out crooked. Both times. On both sides. Even though I triple checked the gathering points in the back, the waist ended up at my hips and I had to McGyver the ruching so that the thing actually fit me. I took it in what felt like 10 times. I messed up the invisible zipper. I used the wrong interfacing. And to make matters the worst, with all my re-ruching and whatnot, I ended up with a hem that was almost obscenely short. BEFORE I hemmed it. Not to mention all the seams I had to rip out and start over because I kept forgetting to french them (you heard me).

In the end, after a pretty aggravating amount of time, I managed to turn something out I wasn’t completely embarrassed to be seen in. But despite my fretting, everyone at my (AMAZING! FUNNEST! KARAOKE! DANCE!) party loved it. Unfortunately I woke up the next morning with a KILLER hangover and a few mystery snags and stains so I’m not sure if I’ll wear it again. But oh, how I learned.

Getting ready for party: 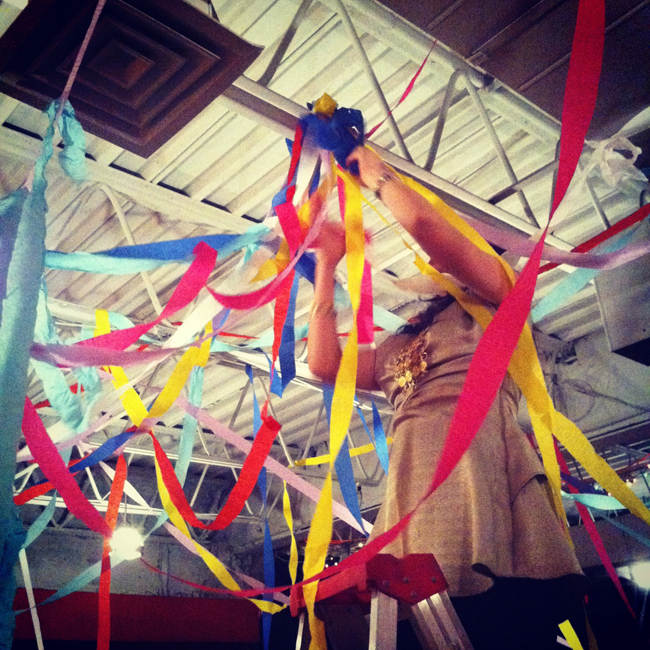 Being very tipsy and having amazing time at party:

Hi! I'm Heather Lou, a pattern designer and sewing educator for the modern maker. At Closet Core Patterns, we transform your imagination into step-by-step implementation that helps you create a wardrobe you love - not one you're limited to buying off the rack.

Keep your Pup Warm with our Free Dog Coat Pattern!

Sign up for our bi-weekly newsletter and get the best sewing tips, ideas & free resources sent straight to your inbox.

Subscribers get members-only access to all our free patterns and fitting guides in our Sewing Resource Library!

Learn How to Sew Clothing

Learn to Sew a Classic Blazer

What are you searching for?

Are you thready for this?

Get the best sewing tips, free patterns and fit guides, and sew much more straight to your inbox.